AMD's Core Complex (CCX) design means that a group of CPU cores within the processor share the same cache. The cache latency within one CCX is greatly improved over traditional design. One drawback is that there is a latency penalty for a core to access data in a non-local CCX cache. This can harm performance in some applications.

Depending on the CPU model the CCX size + cache size is as follows:

Xen has a NUMA aware CPU scheduler since xen-4.3. This enables Xen to place virtual CPUs for individual VMs within a single single NUMA node. This can greatly increases the cache-hit rate and performance of VMs.

On AMD EPYC servers there is a BIOS setting to enable Last-Level Cache (LLC) as NUMA Node (sometimes called CCX as NUMA Domain). This creates a virtual NUMA domain per CCX which then the Xen CPU scheduler can use to group VM's virtual CPUs. 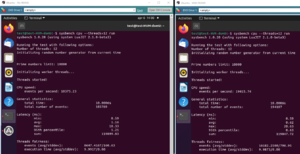 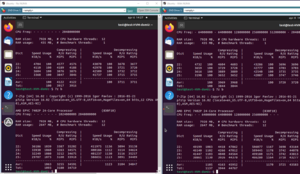 Lastly I asked a colleague to do a some heavy calculations with SIMULIA Abaqus using 4 cores on a Windows Server 2016 VM. The simulation run went down from 75 minutes to 60 minutes - a 20% boost in performance!